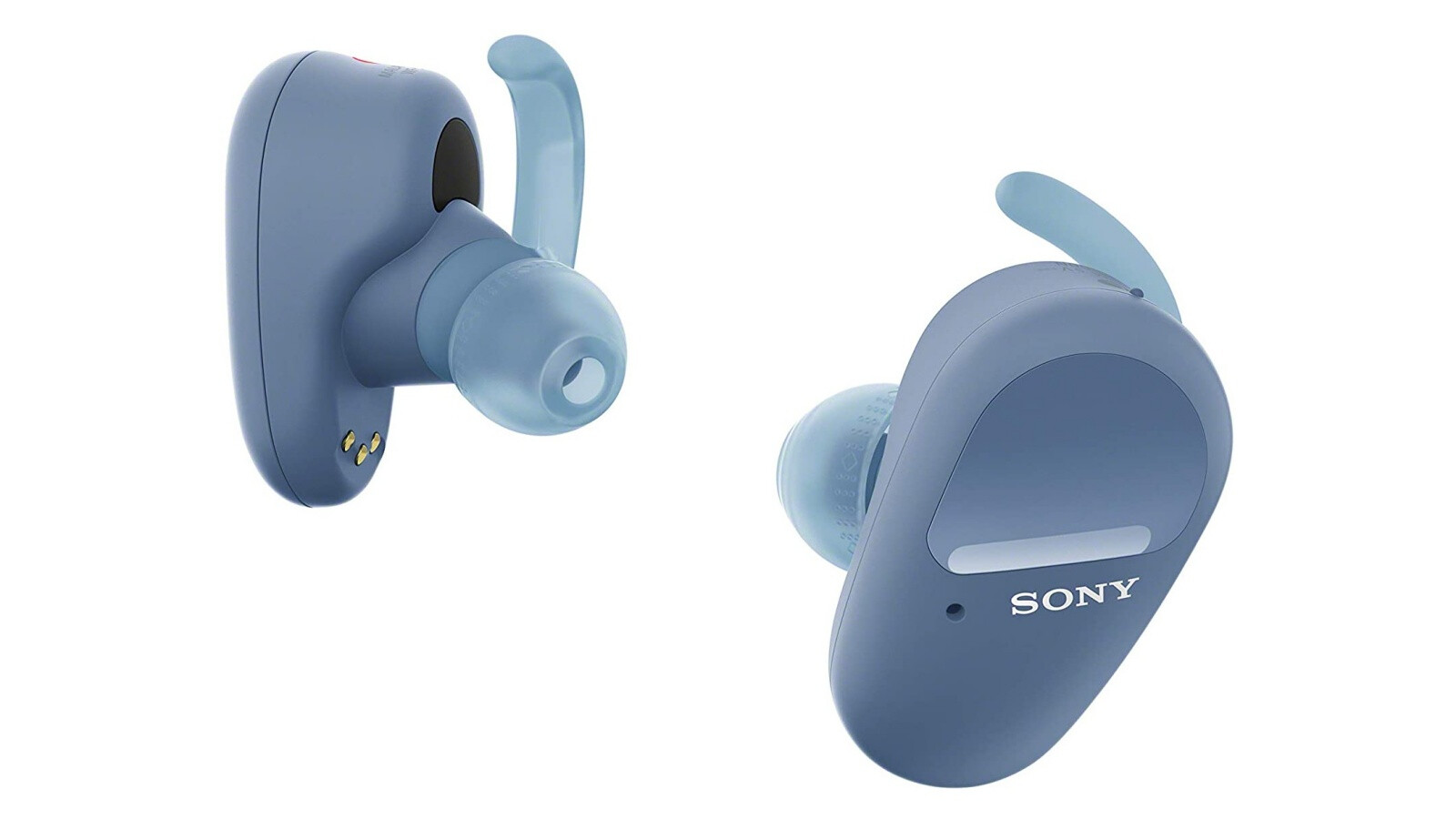 We may earn a commission if you make a purchase from the links on this page.

Although Sony is apparently gearing up to release a presumably spectacular sequel to an already magnificent pair of true wireless earbuds with active noise cancellation, it might actually be a good idea to, well, not wait for those bad boys and instead consider purchasing a different AirPods alternative from the same company right now.

That applies to the AirPods Pro-beating $199.99 MSRP, so obviously, it doubly applies to a “regular” AirPods-undercutting price reduced by a whopping $101.99. That equates to an unprecedented 51 percent discount that… most likely signals the impending arrival of a new and improved variant.
Whether or not a sequel will arrive soon, the 2020-released Sony WF-SP800N are virtually irresistible at under $100 for bargain hunters who like to blast their tunes while working out without fearing their precious buds could fall out of their ears at any given time.
In addition to complete stability and impressive long-term comfort, the WF-SP800N also have an IP55-rated sweat and splash-proof design going for them, as well as adjustable (digital) noise cancellation functionality, and surprisingly powerful sound… for such sporty little earbuds.
On top of everything, you can count on these bad boys to keep the music going for up to 9 hours between charges and boost that number to a grand total of 18 hours when taking into account the bundled case. While the latter figure is not that remarkable compared to some (costly) competitors, the former easily trumps the endurance rating of Apple’s market-leading AirPods and AirPods Pro.

Before pulling the trigger, you may want to note the blue flavor is the only one available at the full $101.99 discount on Amazon today, with black and orange color options fetching $20 more after a humbler $81.99 price cut.

In case you’re wondering, the aforementioned Sony WF-1000XM3 are not currently marked down, so as great as active noise cancellation technology can be, even non-runners have to admit the WF-SP800N seem like the better overall option.

You could also go for a WF-XB700 Extra Bass model, but that one comes without noise-cancelling capabilities altogether and it’s pricier than the WF-SP800N at the moment as well.